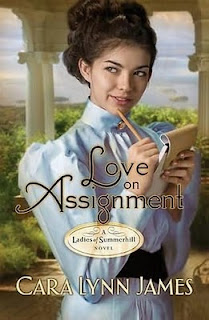 Charlotte is the young newpaper reporter and governess in Love on Assignment by CARA LYNN JAMES. Charlotte's work for the newspaper and for a family takes place in Newport, Rhode Island. Charlotte agrees to spy on Daniel Wilmot, a Christian professor. Mr. Pfifer who owns the Rhode Island newspaper hates Professor Wilmot because he chooses to speak openly and frankly about the way workers are treated as less than citizens in the state. Professor Wilmot believes all men are God's creation. Therefore, workers do not deserve to be treated differently than those in higher positions.

Faced with the financial care of her Aunt Amelia and her sister, Becky, Charlotte decides to take the job in the Wilmot's home. At Summerhill, the name of the home, nothing goes as Charlotte expected. This leads to all sorts of troubles for Charlotte Hale. Her only help comes from a growing faith in the help of the LORD.

I enjoyed this novel because of the setting. I could feel the soft breezes of the wind in Newport. Cara Lynn James made Summerhill seem so real. I felt as though the rooms were ones walked through by me at a different time. Although Mrs. Wilmot, Professor Daniel's mother, is not a lady with the best character, I liked her relationship with Mr. McClintock. Mr. McClintock is courting Mrs. Wilmot. I also liked Missy LeBeau. She caused negative excitement in the lives of the Wilmots and Charlotte. Still, her presence served to spice up the novel.

There is so much to enjoy in this Christian novel: what is written in Sarah's journal, Professor Wilmot's first wife, the children, Ruthie and Tim, and what it feels like to betray someone who is really a good person. Can a person ever forgive themselves after the deed is done? Can the person betrayed forgive the person who tried to destroy their character? There is so much to glean from this novel. I hate to leave Summerhill. If I ever get the chance, I will definitely visit Rhode Island. 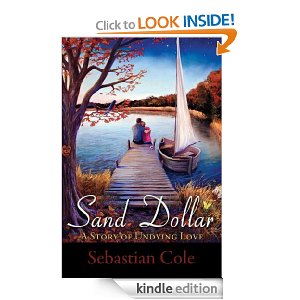