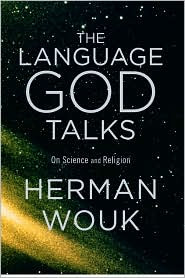 When you write your review, do not give a book report. I have heard or read this statement more than once since writing reviews. For a long time I did write book reports. It was not easy writing why I book impressed me or why a book did not impress me. Thank goodness, I have begun to slowly get off the book report horse and have climbed on to the horse named My Impressions.

Herman Wouk  rocked my world in only 183 pages.  After reading the words spoken by one of the men who helped make the Atomic bomb, I became a bit loose headed. This intellectual said in so many words Calculus is the language of God. Soon I lost my way. I wandered in a dark, dreary and vague world. I had reached another planet.I was trying to learn Calculus which is a total impossibility for my little brain.  I am use to lighter fare. That is all I need on my tiny plate of a mind and/or brain. You see Mathematics and Science are not in my hemisphere. I am having difficulty just remembering the names of the scientists named by Herman Wouk.

In The Language God Talks BY HERMAN WOUK I became impressed by Mr. Wouk's humility. His humility led me to believe "Calculus" is God's language. After all, who really has the answers to "why" the Holocaust happened. Why did so many people lose their lives because of one man's power to make people hate their fellowman? So, wanting to take something away from this scholarly book I decided to refocus on the Jewish people and their ability to live through a  traumatic time. I have also read and been greatly moved by Elie Wiesel's Night recommended by Oprah. Oprah went overseas with Mr. Wiesel and stood in the concentration camp or camps. I will never forget those programs.

Anyway Aaron Jastrow is a main character in Winds of War and War and Remembrance written by Herman Wouk. One book became two books which were researched and written in twenty years. I did not read the books. I did see the television series years ago. Here is a part of a diary entry by Aaron Jastrow.

"For the first time in about fifty years I put on phylacteries....gave me no instant intellectual or spirtual uplift....yet I will persist in this while I live. Thus I answer Eichmann. Reb Laizar slapped me out of my Jewish identity, as it were, and an SS officer kicked me back into it."

Those words gave me chills because I've read about SS officers, Anne Frank's diary, seen a few movies and read a few other books about this time of horrors where being a child, a woman or grandfather did not matter to brutal people in power.

With Herman Wouk's words about the Holocaust I focused not only on Mr. Jastrow, I also focused on Tevya, the father and husband in Fiddler on the Roof who always looked up at the heavens and talked or shouted angrily his questions which amounted to "WHY?" I loved Tevya. He is a good man. He believes in His Maker. Still, he has questions. I too question and wonder why. I choose to still believe. I have one more quote from Mr. Jastrow.

"My books about Christianity are not without merit. But taking it all in all, I have spent my life on the run. Now I turn and stand. I am a Jew."

Hurrah! After all is said and done no one can take my dignity nor can they take away my identity. All I have to do is choose to stand and fight without always having a spiritual understanding.

Return To Love by KATHLEEN SHOOP 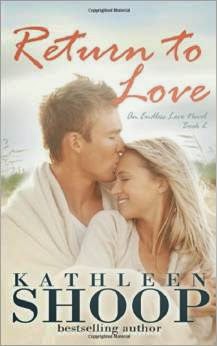 Return to Love by Kathleen Shoop is a powerful novel. Return to Love is the second book in a trilogy titled Endless Love. I felt fine starting with the second novel. It can stand alone. Immediately April, Hale,

Clementine and Martha became three dimensional characters. I felt as though they were neighbors in my community. The novel is about a couple who have a first child. However, that child is stillborn. Outside of the womb, the heart and lungs never reacted to stimuli. On arrival, the baby is dead. The novel is about April and Hale's pathway through grief. Sadly, April gives birth without Hale. He is on the battlefront in Vietnam. So he wasn't beside her during the birth of the baby.

It is interesting the way Kathleen Shoop has chosen to tell this couple's story.  Facts about the birth of the baby and what happened to April are told little by little. Then, there are more unknowns uncovered by Hale when he visits the doctor and nurse who helped deliver the baby. This mu…
Read more